This rule change supplements the opioid initiative launched by HHS in March 2015. The initiative focused on three priorities, including expanded access to medication-assisted treatment for opioid use disorder. According to Burwell, congressional approval of President Obama’s request for $1.1 billion in federal budget funds to support the initiative and fight the nationwide prescription opioid and heroin epidemic is “critical.”
Until Tuesday, buprenorphine was restricted, with physicians able to treat only 100 patients for a year or more. The drug acts on the receptor targets of heroin and morphine but does not produce the same high or dangerous side effects, according to the National Institute on Drug Abuse. 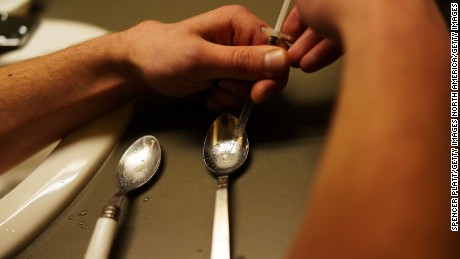 Going forward, qualified and approved doctors will be able to treat up to 275 patients with buprenorphine. The eligibility criteria defined by the rule includes practitioners with additional credentialing in addiction medicine or addiction psychiatry or those practicing in a qualified setting.
“Only 12% of people who need treatment are getting it,” Director of National Drug Control Policy Michael Botticelli said. As with any other disease, those with substance use disorder should be able to access treatment, he said.
In 2014, HHS estimated that 2.2 million Americans met the criteria for opioid addiction, and about a million of those received medication-assisted treatment, according to Dr. Christopher Jones, director of the Division of Science Policy in the Office of the agency’s assistant secretary for planning and evaluation. Of that million, about 60% to 65% received buprenorphine, and the remainder received methadone. 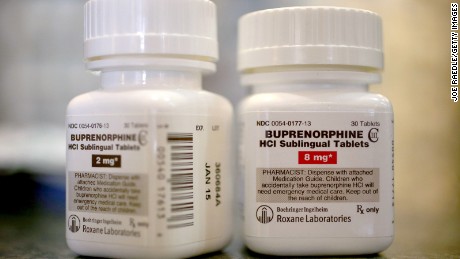 On an average day (PDF), the agency calculates, 3,900 people use prescription painkillers for non-medical reasons, 580 people use heroin, and 78 people die from an opioid overdose.
Other proposals covered by the initiative and included in President’s $1.1 billion proposal include eliminating financial incentive for doctors to prescribe opioids based on pain management questions tied to Medicare payments. Though hospitals will continue to use the questions to survey patients about pain, these questions will not affect the level of payment hospitals receive.
The money would also cover a new requirement for Indian Health Service prescribers and pharmacists to check state Prescription Drug Monitoring Program databases before prescribing or dispensing opioids for pain.
Burwell also said Health and Human Services is launching more than a dozen new studies of opioid misuse and pain treatment.
Join the conversation

The $1.1 billion would plug the “huge treatment gap” for states looking to devise new strategies so that people can access treatment and get into long-term recovery, Botticelli explained.
“The overall treatment gap for all substance use disorders is between 80% and 90%, including opioid use disorders,” Boticelli said. “People on both sides of the aisle understand the urgency of this epidemic.”

At the Supreme Court, a Plea to Reveal Secret Surveillance Rulings

Residents of Del Rio Feel the Impact of the Migrant Crisis

What We Know About Brian Laundrie, the Fiancé of Gabby Petito

Who is Gabby Petito?

Human Remains Believed to Belong to Gabby Petito Are Found

With Abortion Rights Under Threat, Democrats Hope to Go on Offense

The ‘Murdaugh Murders’ in South Carolina: What to Know

In Nashville, Rolling Parties Rage at Every Stoplight

Washington, D.C., on Edge Over Protest of Jan. 6 Arrests

Harassed and Harangued, Poll Workers Now Have a New Form of Defense

How Hope, Fear and Misinformation Led Thousands of Haitians to the U.S. Border