CURUP, Indonesia — Hiding in the dense Sumatran jungle, the poacher chose a thin branch, coated it with homemade glue and played a snippet of birdsong on an old cellphone. Within moments, three tiny birds alighted on the branch and were trapped.

Known as ashy tailorbirds, they were destined for the Indonesian island of Java, where they were likely to spend their lives in a collector’s cage.

Millions of similar birds are stolen from the wild every year, and prized specimens can ultimately sell for thousands of dollars. These birds are not treasured for their plumage or meat, but for their songs.

An illicit trade that begins in the primeval forests takes many of the birds to Indonesia’s teeming capital, Jakarta, where they are entered into high-stakes singing competitions at which government officials frequently preside.

The poacher, named Afrizal, gently pulled the birds from the branch, peeled the glue from their feet and placed them in a metal cage, which he covered with a faded “Angry Birds” T-shirt. This is how Mr. Afrizal, doing his part to rob Indonesia of its wildlife, has caught more than 200,000 songbirds over the past 15 years.

“I do this work to survive,” he said, setting a new trap. “Of course, I feel guilty. If they die, I feel even sadder.”

Officials and conservationists say wild songbirds are disappearing at a tremendous rate across Indonesia’s vast archipelago. Much of the demand is fueled by the growing craze for bird singing contests.

Keeping caged songbirds is a centuries-old tradition among Javanese men of wealth and power. But the singing contests have become a popular phenomenon, and so, too, has owning birds. Before large gatherings were suspended in March because of the coronavirus pandemic, more than 1,000 songbird competitions were typically held each year, mainly on Java, and many drew thousands of people. 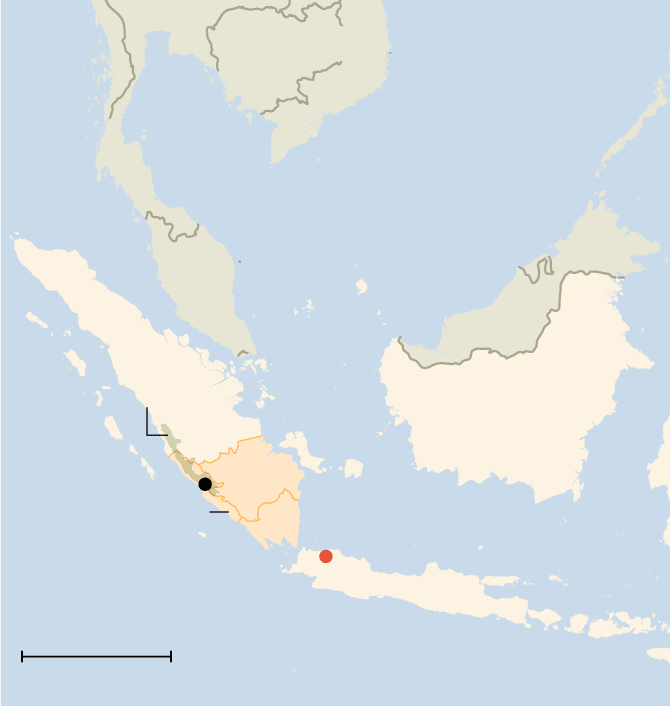 Such events are often held in the name of community leaders, police chiefs and other officials — even Indonesia’s president, Joko Widodo, who officiates at the annual President’s Cup. But behind them lies a booming illicit business, backed by corrupt elements of the police and the military.

Especially sought after is the murai batu, known in English as a white-rumped shama, which can mimic the melodies of other songbirds. It is a species favored by Mr. Joko and many other collectors, and one that is fast disappearing from Indonesia’s forests.

In 2018, Mr. Joko entered his own murai batu in the President’s Cup, but lost to Dede Alamsyah, a car wash owner from Central Java.

The president told reporters that he’d offered to buy the winning bird, but that Mr. Dede had declined to sell. Mr. Dede put the bird’s value at $47,000, enough to buy a large house.

Captive breeding of songbirds has sprung up as a backyard industry. But catching wild birds, though usually illegal, is cheaper than breeding them. Many unscrupulous dealers, using counterfeit leg bands and forged documents, pass off wild birds as ones they have bred themselves, Mr. Marison said.

“For the songbird, the smuggling is massive and open,” he said. “Actually, songbird smuggling is considered to be a normal thing. The laundering process is happening right in front of our eyes.”

As Sumatra’s songbird population has declined, Mr. Marison said, poachers have begun hunting in the forests of Malaysia and southern Thailand, particularly for the murai batu.

Indonesian law enforcement officials acknowledge that some members of the police and military are involved in the illicit trade and help smugglers transport birds.

“There is no doubt that the police, the military and officers of the forestry agency itself — the forest police — are involved,” he said.

In late January, thousands of bird aficionados, almost all of them men, flocked to a park for the South Jakarta Police Chief’s Cup.

Sixty individual contests, organized by species and level of competitiveness, were held in two open-sided pavilions. Up to 77 birds were entered in each event. The top prize was $715.

These competitions bear little resemblance to hearing birdsong in the forest. It is more like attending a boxing match.

Most owners believe their birds sing better under duress.

After hanging their caged birds in a pavilion, owners gathered at a railing about 50 feet away, shouting at them to elicit their best songs and hurling abuse at judges for ignoring their birds.

It was surprising the judges could hear the birds at all.

One top winner was a murai batu owned by Andika Asa, a breeder who won a $430 prize. As he left the pavilion, a spectator offered him more than $8,000 for the bird. Mr. Andika declined, saying it was worth nearly twice that.

Mr. Andika, 40, a former university administrator, said he had bred the bird himself and spent countless hours training his champion.

To build its stamina, Mr. Andika said, he and his son would slap the sides of its 20-foot-cage to make it fly 500 laps a day. He also brought in “master birds” of other species so it would learn their songs.

Addressing the crowd, the police chief, Bastoni Purnama, claimed that songbird competitions helped to save the species. (Mr. Marison disputes this.)

“We are involved in conserving birds in Indonesia that are decreasing in number or even in danger of extinction,” Mr. Bastoni asserted.

At the 2018 contest, Mr. Joko praised the breeding business as a boon to “the people’s economy.” The sale of birds, cages, food and medicine generates $120 million annually, said the president, who released dozens of birds purchased from a market.

Soon afterward, Mr. Joko’s environment ministry tried to safeguard the murai batu in the wild by listing it as a protected species.

Outraged bird owners, led by the group Chirping Mania, occupied conservation agency offices around the country. They produced data purportedly showing that the species was not threatened.

After four weeks, the ministry backed down and reversed its decision.

Theoretically, protected status for the murai batu would have required owners to establish the bird’s provenance whenever one was entered into a singing competition. But Mr. Marison said that rule was rarely if ever enforced. And plenty of other species listed as protected find their way into Indonesia’s bird markets.

One trader, Cin Aidiwanto, 52, said he employed 20 hunters to catch birds for him in Sumatra’s largest national park, Kerinci Seblat.

He finances their expeditions, he said, with food, cash and cigarettes.

“I send my hunters to the forest and they return in 10 days,” he said. “Then I get all the birds they capture.”

With the songbird population declining in the wild, Mr. Marison has urged the government to make their protection a priority. A first step, he said, would be to close the bird markets — from small operations like Mr. Cin’s roadside stand to the sprawling Pramuka market in Jakarta, the biggest bird market in Southeast Asia.

“Keeping the birds is not beneficial at all for the ecosystem or for the welfare of the birds,” he said. “It is only for the pleasure of the owner.”

Russia Uses Surrender in Mariupol to Portray Ukrainians as Terrorists

The World Is as Vulnerable as Ever to Pandemics, an Expert Panel Concludes

More than 6M displaced in Ukraine due to Russia’s invasion, nearly 8K casualties

As suspected COVID spread continues in North Korea, WHO frets over missing data

Russia’s war is not against Ukraine but NATO, Chechen leader claims

Over 3,700 civilians have been killed in Ukraine since Russia’s invasion began: UN

Finland, Sweden, NATO’s road to expansion and roadblocks: What to know

Ukrainian Holdouts in Mariupol Surrender to an Uncertain Fate

Your Wednesday Briefing: Sri Lanka, Out of Fuel

Europe Rethinks Its Reliance on Burning Wood for Electricity

Ukraine’s Eurovision winners don’t regret flouting the rules with a plea for Mariupol.

The Foot Soldiers in India’s Battle to Improve Public Health