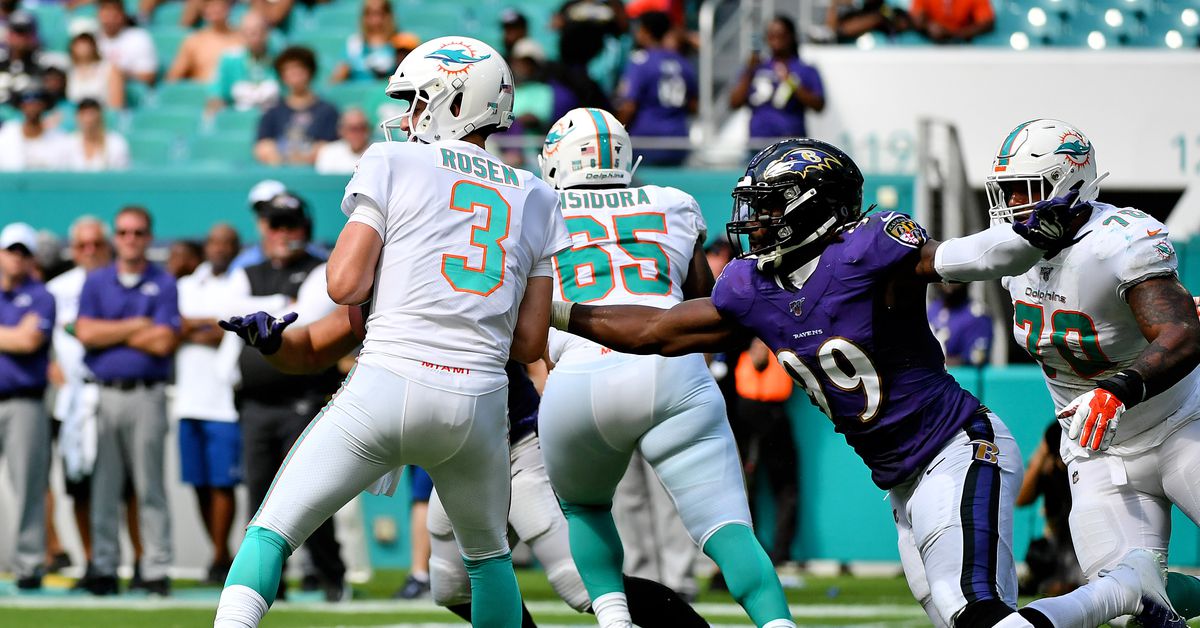 I think we were all expecting a blowout of this magnitude. A 59-10 loss to the Ravens based on the performance from the Baltimore offense was another story, though.

I expected the Ravens defense to get interception after interception in this one, but they “only” had two. What did happen, however was they absolutely dominated the Dolphins’ offensive line.

In addition to three sacks and seven tackles for loss, the Dolphins gave up 12 quarterback hits, the most from any team in week 1. As for the Miami defense, they produced two quarterback hits on Lamar Jackson and company, tying with the Giants in that regard. Incredibly, two teams actually produced less QB hits than the Dolphins, and those were the Buccaneers (1) and the Broncos (0).

Yes, the rebuilding Dolphins defense produced more quarterback hits than a pass rush that has Von Miller and Bradley Chubb. Not many great moments are expected for Miami this season so take what you guys can get. That’s just one of many absurd moments from Week 1, which as we know is always confusing.

Sam Eguaveon and Jonathan Ledbetter both collected one quarterback hit on Sunday as they both split a sack. On the other side the Dolphins let eight different Ravens collect quarterback hits.

In other words, it’s going to be a long season.