If a hurricane does not get in the way, two astronauts who took the first commercial trip to orbit will return home on Sunday.

Two astronauts, Robert L. Behnken and Douglas G. Hurley, traveled to the International Space Station in May aboard a Crew Dragon capsule built and run by SpaceX, the private rocket company started by Elon Musk.

The Crew Dragon is scheduled to undock from the space station at about 7:35 p.m. Eastern time on Saturday and splash down in the Gulf of Mexico off Panama City, Fla., at 2:42 p.m. on Sunday. A safe return would open up more trips to and from orbit for future astronaut crews, and possibly space tourists, aboard the spacecraft.

Hurricane Isaias, which is forecast to sweep up along the Atlantic coast of Florida over the weekend, might delay the plans. NASA and SpaceX have seven splashdown sites in the Gulf of Mexico and the Atlantic, but the track of Isaias currently rules out the three in the Atlantic.

The departure may be pushed back to Sunday night with a splashdown on Monday afternoon.

“We have confidence that the teams on the ground are, of course, watching that much more closely than we are,” Mr. Behnken said during a news conference on Friday, “and we won’t leave the space station without some good landing opportunities in front of us, good splashdown weather in front of us.”

How can I watch the return of the astronauts?

NASA Television broadcast a farewell ceremony on Saturday morning. Coverage of the undocking will begin at 5:15 p.m. and is to continue through splashdown. The coverage would be pushed back if weather delays the departure. 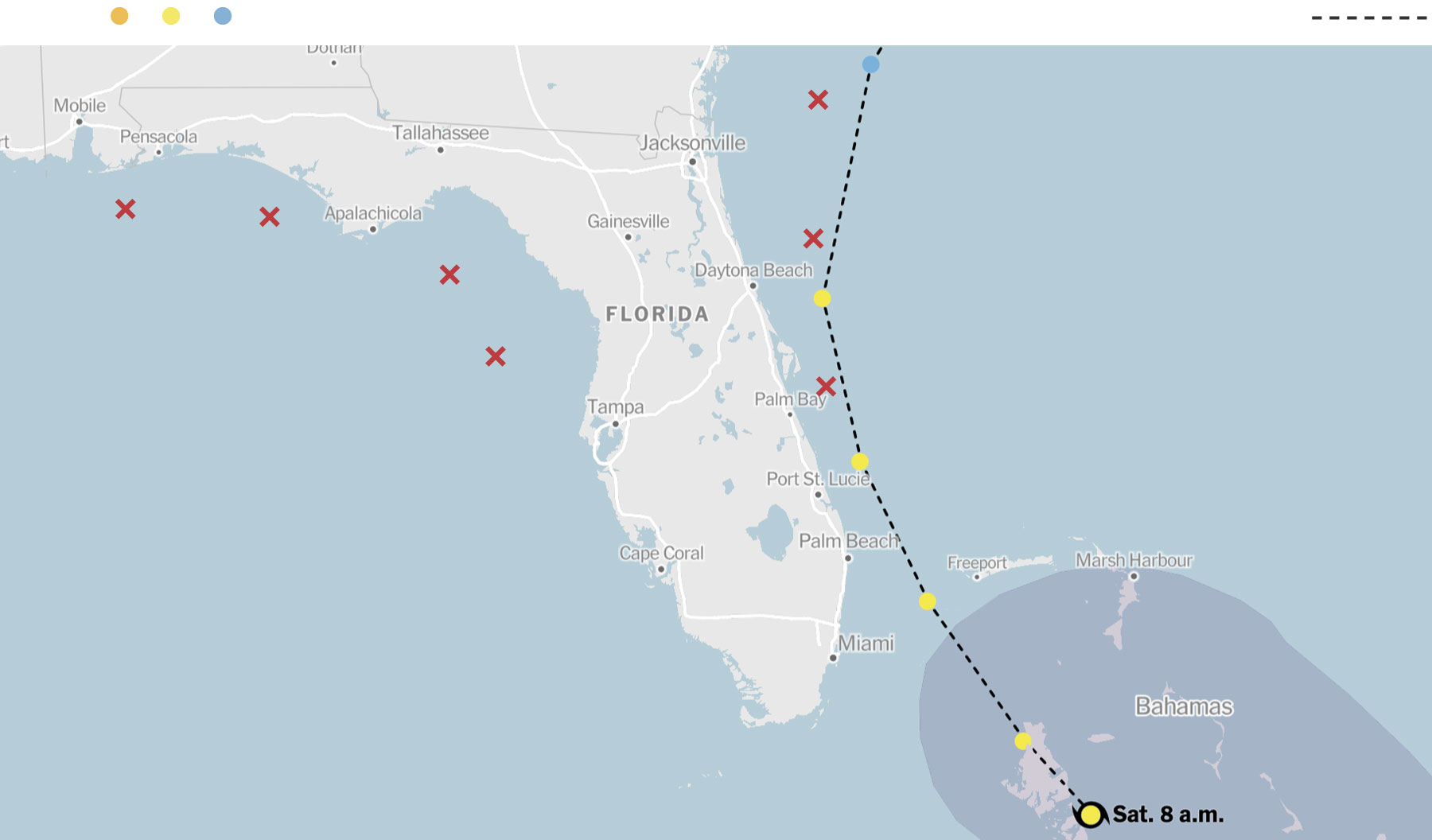 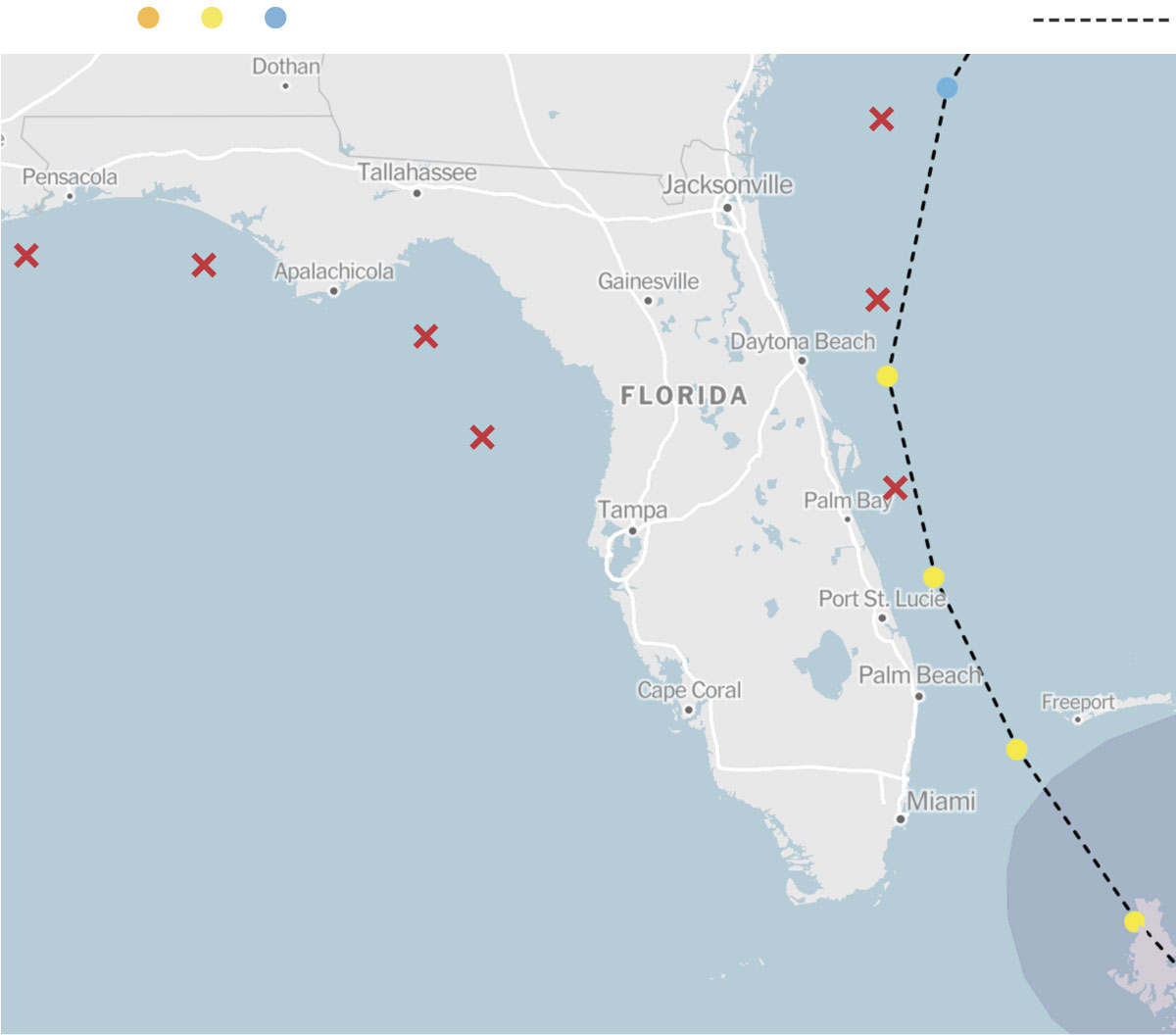 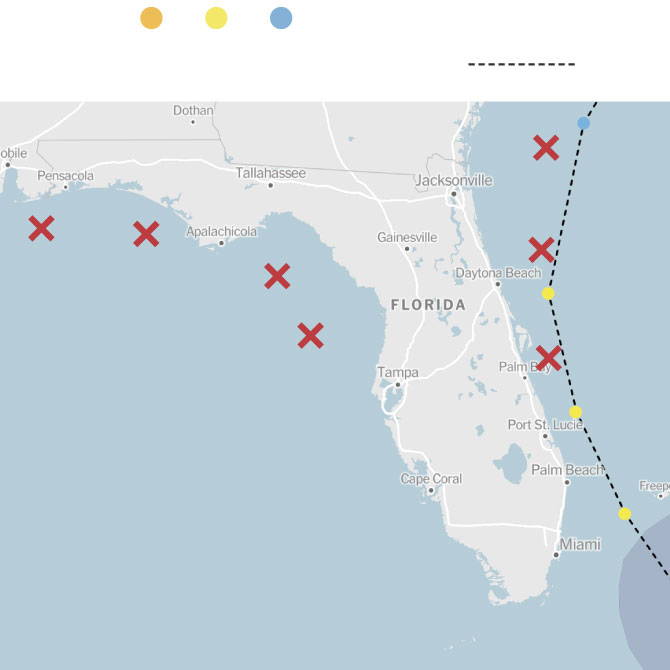 Why does Hurricane Isaias affect the departure?

The storm complicates when and where splashdown can take place. At the splashdown site, winds must be less than 10 miles per hour for the capsule to land safely. There are additional constraints on waves, rain and lightning. In addition, helicopters that take part in the recovery of the capsule must be able to fly and land safely.

Before undocking, primary and backup splashdown sites will be designated. The first landing opportunity will aim for only the primary site. If weather there is inconsistent with the rules, the capsule and the astronauts will remain in orbit for another day or two, and managers will consider the backup site.

What will happen after they leave the station?

After undocking on Saturday night, the spacecraft will perform a series of maneuvers, first firing the engines several times to move away from the space station and, a few hour hours later, to line up the spacecraft with the splashdown zone.

For most of the trip, Mr. Behnken and Mr. Hurley will be sleeping. Their schedule sets aside 10 hours of shut eye.

Any return journey that exceeds six hours has to be long enough for the crew to get some sleep between undocking and splashdown, Daniel Huot, a NASA spokesman, said in an email.

Otherwise, because of the extended process that leads up to undocking, the crew would end up working more than 20 hours straight, “which is not safe for dynamic operations like water splashdown and recovery,” Mr. Huot said.

Just before a final burn that will drop the Crew Dragon out of orbit on Sunday afternoon, it will jettison the bottom part of the spacecraft, known as the trunk, which will then burn up in the atmosphere.

Once the capsule splashes in the water, it is expected to take 45 to 60 minutes to pluck them out.

Why is the return trip an important part of the Crew Dragon’s first flight?

After launch, re-entry through Earth’s atmosphere is the second most dangerous phase of spaceflight. Friction of air rushing past will heat the bottom of the capsule to about 3,500 degrees Fahrenheit. A test flight of the Crew Dragon last year successfully splashed down, so engineers know the system works.

A successful conclusion to the trip opens the door to more people flying to space. Some companies have already announced plans to use Crew Dragons to lift wealthy tourists to orbit.

In the past, NASA astronauts launched on spacecraft like the Saturn 5 moon rocket and the space shuttles that NASA itself operated. After the retirement of the space shuttles in 2011, NASA had to rely on Russia, buying seats on the Soyuz capsules for trips to and from orbit.

Under the Obama administration, NASA hired two companies, SpaceX and Boeing, to build spacecraft to take astronauts to the space station. NASA financed much of the work to develop the spacecraft but will now buy rides at fixed prices. For SpaceX, the trip by Mr. Behnken and Mr. Hurley — the first launch of astronauts from American soil since the last space shuttle flight — was the last major demonstration needed before NASA officially certifies that the Crew Dragon is ready to begin regular flights.

For Three Suffragists, a Monument Well Past Due

With Old Allies Turning Against Her, Birx Presses On Against the Coronavirus

Hurricane Forecast: ‘One of the Most Active Seasons on Record’

Even Asymptomatic People Carry the Coronavirus in High Amounts