More than 40 million people — the equivalent of one out of every four American workers — have filed for unemployment benefits since the coronavirus pandemic grabbed hold in mid-March, the government reported on Thursday, an astounding tally that rivals the bleakest years of the Great Depression.

The latest batch of claims — the 2.1 million people who filed a new jobless claim last week — may not be only a result of fresh layoffs, but also evidence that states are working their way through some of the choking backlog.

“We’re still catching up,” Diane Swonk, chief economist at the accounting firm Grant Thornton, said of the newest claims. “The lags have been long.”

The Labor Department report marks the eighth week in a row that new jobless claims dipped from the peak of almost 6.9 million — but the level is still far above any other historical highs. 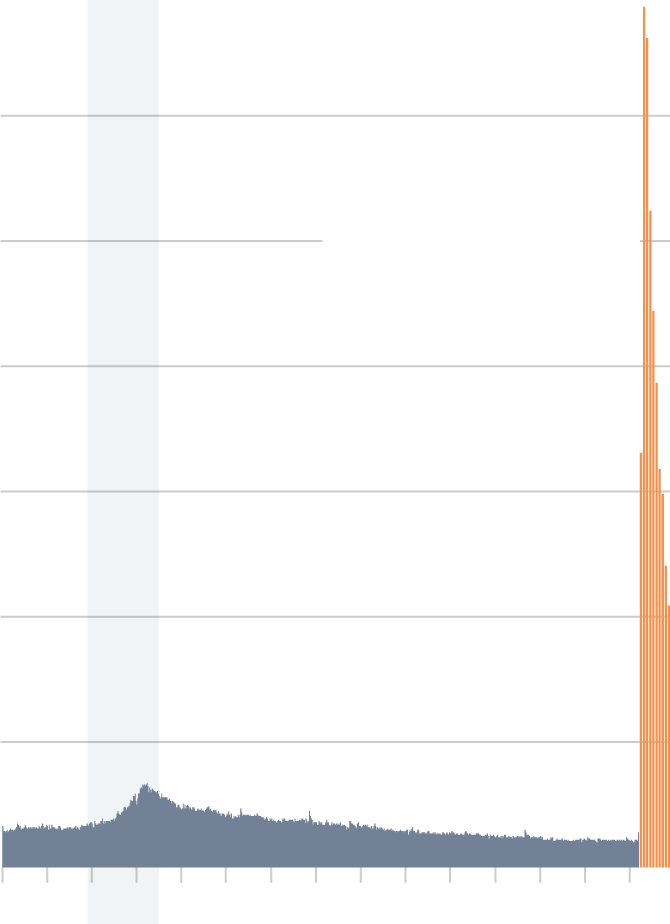 Claims were filed in 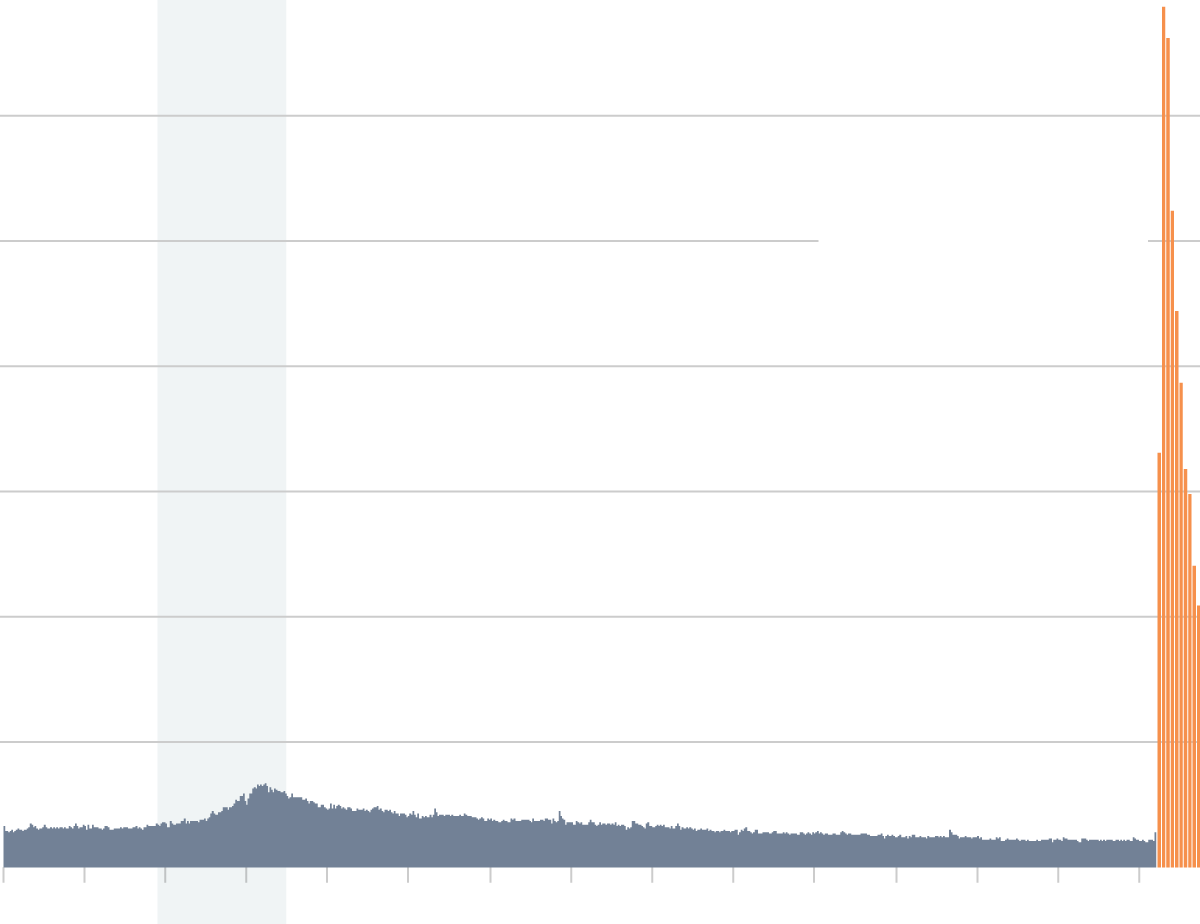 Claims were filed in

At the same time, overcounting in some places and undercounting in others makes it difficult to precisely measure the number of layoffs caused by the pandemic — and in devising a policy response.

Under the Pandemic Unemployment Assistance program, Congress approved an expanded palette of jobless benefits two months ago that included freelancers, self-employed and gig workers and others who would not normally qualify under state rules.

“When we think about what to do when benefits expire, it would be helpful to know how many people are actually getting them,” said Elizabeth Pancotti, a research assistant at the National Bureau of Economic Research. While the Labor Department reports may be the best source of information, she said, they offer an “incomplete picture.”

In Thursday’s release, the department offered two tallies — one for those who applied for state benefits and another for those applying under the Pandemic Unemployment Assistance program.

Many states, flooded with applicants, were slow to put the pandemic program into effect. Initially, many were mistakenly told they were ineligible. Others were instructed to apply for state benefits first and be rejected before applying for the federal benefits.

Shelter-in-place orders and business restrictions have been lifting across the country, and some workers have been called back to work.

But the reopenings remain bumpy and incomplete, and flare-ups of the coronavirus continue to disrupt business. On Tuesday, Ford Motor temporarily halted production at the Kansas City assembly plant in Missouri to deep clean after an employee tested positive for the virus. Two other Ford plants — in Chicago and Dearborn, Mich. — were also temporarily closed.

Allison Hester returned to her job in content marketing at a window cleaning supply company, but she said things were not the same as before. “It feels good, but I don’t feel secure anymore,” said Ms. Hester, who is 50 and lives in Little Rock, Ark., and was laid off in March. “I don’t take anything for granted.”

She applied for unemployment but was never able to get through. “I tried on and off for a month, but our system was so overwhelmed,” she said.

Monitoring withdrawals from the Treasury Department, Ernie Tedeschi, a policy economist at Evercore ISI in Washington, estimated that by early May, roughly three-quarters of those eligible for benefits had started to receive them.

He and several other economists suspect that the confused application process has caused potentially millions of laid-off workers to be counted twice. States are also weeding out duplicate applications from frustrated filers who had trouble getting through or did not receive any response after weeks of waiting.

Then there are the mistakes. A data entry slip-up caused Massachusetts to pump up the number of federal claims by nearly a million last week. The previous week, a similar flub in Connecticut mistakenly inflated its total by a quarter of a million.

“It’s unclear if states are including duplicate claims due to error, fraud or the Pandemic Unemployment Assistance program,” Mr. Tedeschi said.