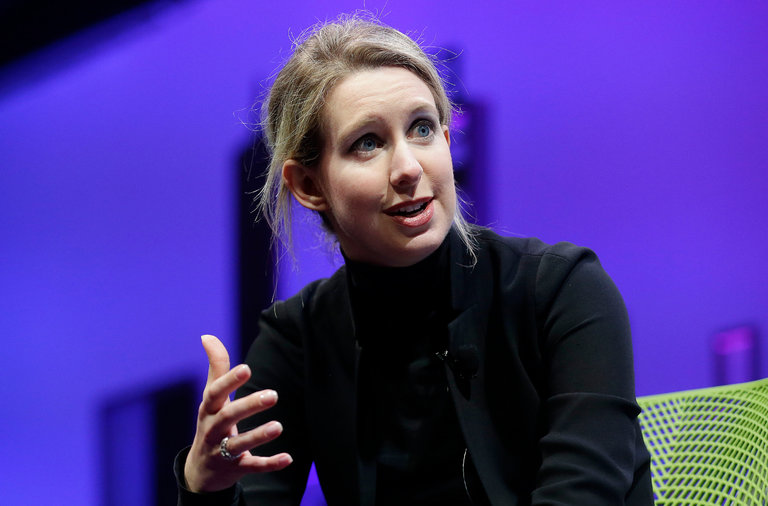 United States regulators have banned Elizabeth Holmes, the chief executive of Theranos, from owning or operating a medical laboratory for at least two years, in a major setback for the embattled blood-testing start-up and its once widely lauded founder.

In a statement late Thursday, Theranos said the regulators revoked the certification of its Newark, Calif., laboratory and prohibited the laboratory from taking Medicare and Medicaid payments for its services. Regulators also levied a monetary penalty that Theranos did not specify. The sanctions take effect in 60 days, Theranos said.

Theranos represents the promise and the pitfalls of the start-up era, as money floods into young companies with new technologies in an effort to find a “unicorn” — a billion-dollar business that transforms its industry and makes its backers rich in the process. The high-profile start-up rose to prominence on the promise that it could detect health ailments by testing blood drawn cheaply by the mere prick of a finger.

The government scrutiny stemmed from questions about the effectiveness of Theranos’s technology and the way it operates its labs. Authorities who reviewed its practices last year found that all 81 patient results they inspected were inaccurate in a test of blood clotting used on patients who take the blood thinner warfarin.

What Theranos and Ms. Holmes will do next is not clear. Lab operators have the right to appeal a canceled certification. Reached via email, an outside spokesman for the company declined to comment.

“We accept full responsibility for the issues at our laboratory in Newark, Calif., and have already worked to undertake comprehensive remedial actions,” Ms. Holmes said in a statement.

Theranos and its young founder in particular offered a compelling narrative in the crowded start-up universe: a brilliant college dropout with an audacious idea that would upend the medical testing business. Ms. Holmes invited comparisons to the Apple co-founder Steve Jobs because of her youth, her tight control of the company she founded and even her customary black turtleneck sweaters.

Ms. Holmes began the company in 2003 after dropping out of Stanford University at the age of 19. Her goal was to create a new way to perform blood tests that relied on a few drops of blood rather than the larger amounts medical testing often requires. Tests would be cheaper, the argument went, and more people would be inclined to get them. In interviews focused on Theranos’s success, she said the idea came from her fear of needles.

The idea had appeal. Theranos won backing from tech luminaries like the software mogul Larry Ellison, while the company counted Henry Kissinger, the former secretary of state, and the former Senate majority leader Bill Frist among its advisers. It also struck a deal with Walgreens, the drugstore chain, to perform tests. By last year, the company had assembled an eminent board of directors and commanded a valuation of about $9 billion.

But some people questioned the reliability of the tests, including former Theranos employees who took their concerns to federal regulators. Ms. Holmes defended the company publicly, especially after articles last year in The Wall Street Journal enumerated those concerns.

Still, federal inspectors found deficiencies in the Newark plant that could lead to inaccurate results, including inadequately trained employees and samples stored at the wrong temperature. Theranos promised to overhaul the plant and bring in a new slate of experts to fix its problems. Then, in April, Theranos said it was under criminal investigation from the United States Justice Department and disclosed another inquiry from the Securities and Exchange Commission.

As the scrutiny mounted, Theranos faced a cascade of problems. The company’s chief operating officer resigned and its alliance with Walgreens fell apart.

The sanctions disclosed on Thursday were leveled by the Centers for Medicare and Medicaid Services, an arm of the United States Department of Health and Human Services that regulates laboratory testing performed on humans.

In its statement, Theranos said it would shut down and rebuild its Newark lab “from the ground up” and bolster its personnel and training there. Theranos said it would stop patient testing at the Newark facility immediately, before the sanctions take effect in 60 days. The company will continue to offer services through its lab in Arizona, it said.

The company was “disappointed” with the decision, Ms. Holmes said in the statement, adding that Theranos was committed “to demonstrating our dedication to the highest standards of quality and compliance.”